Middle eastern military coups are generally very bloody and normally successful, the fact that this one wasn’t is a worrying sign. This ‘coup’ may have been staged, a ‘false flag’ attack to give Erdogan the trigger to purge secular opponents to his plan to further Islamize the political control of Turkey.

It also bolsters the public support for Erdogan, who has become quite authoritarian since taking  power. Since Erdogan took power journalists have been jailed and political commentators/bloggers have had websites shut down. Now Erdogan is purging academics.

Ottoman Empire 2.0 is on its way, and its on the doorstep of a economically weakened Europe that is becoming politically divided.

Thailand has another military coup

For people of most nation states martial law and a military coup is terrifying prospect,

but for Thailand it seems to be a standard part of the political process in recent decades. 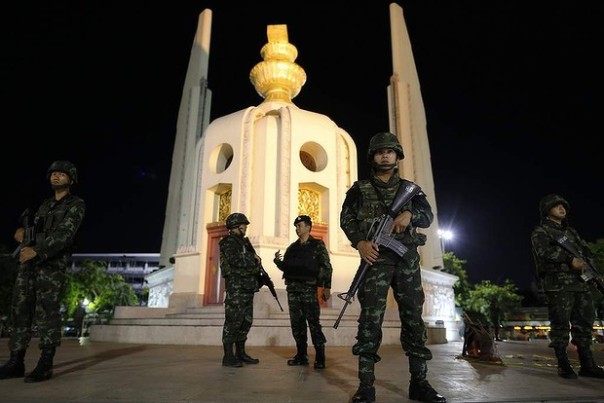