“There is a situation ow , where MSM pundits, sleazy corporate billionaires and other assorted dregs of society are telling us we need to upend the way we do business because of one specific riot that lasted two hours as opposed to all of the other riots we have seen that in some cases they have explicitly endorsed.

The capitol riot is a single event involving a few thousand people as opposed to the BLM and Antifa riots that were all over the country for a protracted period and probably involve several hundred thousand people.

And now finally the leftists have found protesters who were shot that they won’t stand in solidarity with. What is the unifying feature?: which kind of hats they were wearing. They said MAGA instead of BLM, so their lives don’t matter to the Democratic party.. And they are called terrorists instead of protesters” Styx666

They were accused of protesting at the Shrine of Remembrance, but in reality they were detained on the basis of their political affiliation, as Daniel Andrews has declared war on “far-right” dissenters (meaning everybody who disagrees with Chairman Dan and his American counterpart Beijing Biden)

Vicpol clearly wanted their names and addresses for the data base of potential “terrorists” they are building.

As the discussion heats up, the flag bearer yells at the police officer : “You would shoot us if you were told to.”

Australia 2020 or the German Democratic Republic 1980, you decide. 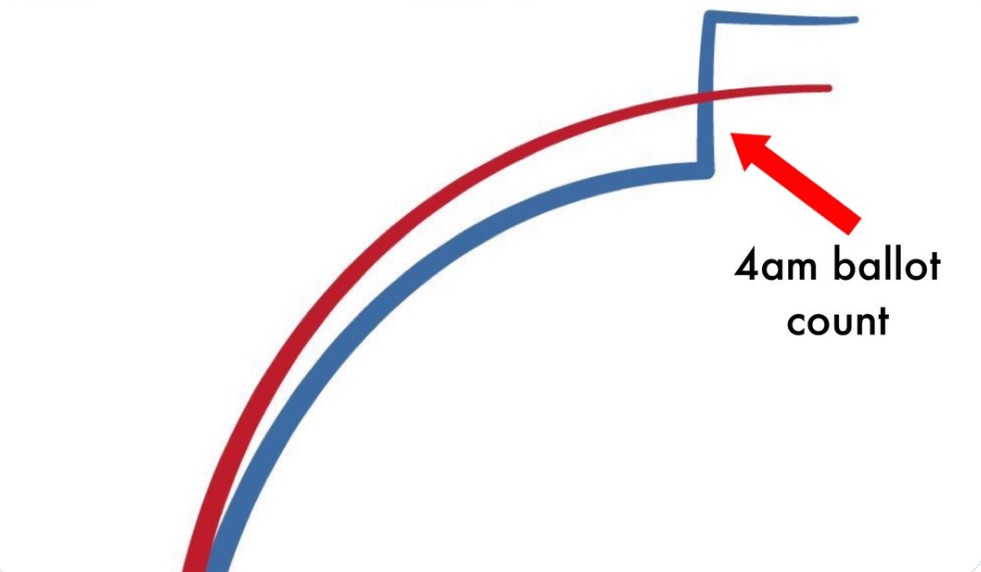 In addition to Biden’s surprise overnight wins in some states where Donald Trump was leading comfortably,  he also won the popular vote of illegal immigrants and Zombie ghosts. And even if  voter fraud is never proven, aproximately half of America will believe that it has occurred. 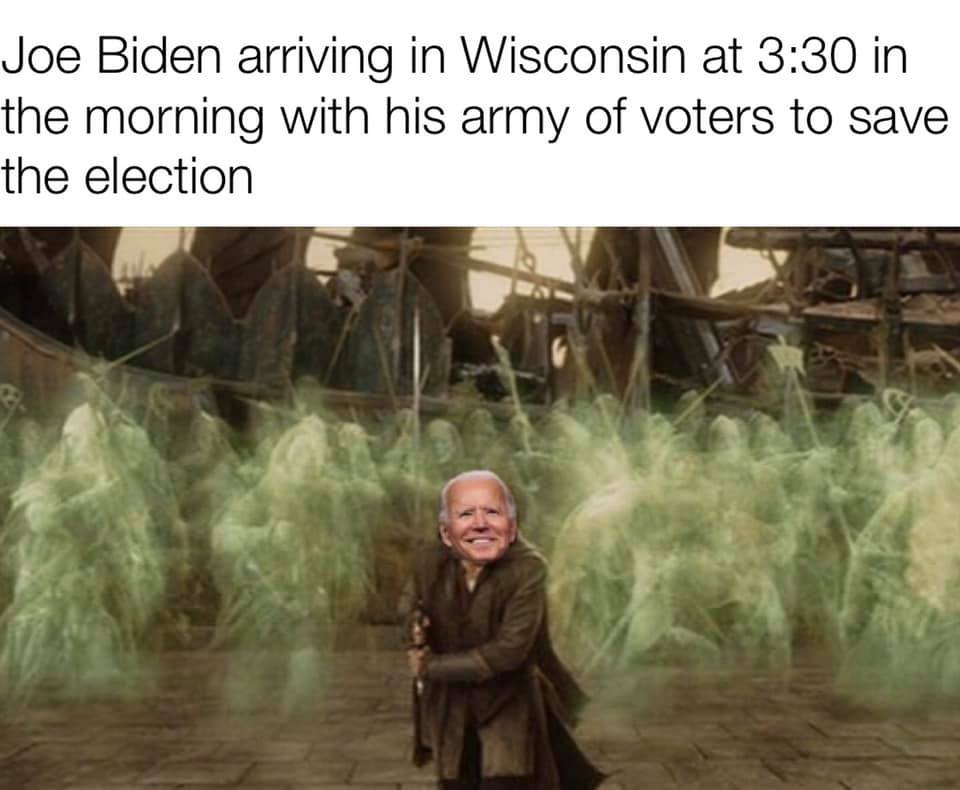 So if Joe Biden actually wins the US can look forward to  coronavirus lockdowns, which will cause a great depression which can only be remedied by a war. As you were.

Meanwhile President Trump, who was declared literally Hitler, ended up being the most peaceful president since Clinton (or possibly even Carter) and presided over a booming economy. His Covid response was widely criticized as too lax , but he did give the states what they wanted in terms of financial and medical support. The jury on what is the best response to covid. is still out of course. (Even though it isn’t, Sweden won and Trump was right, you should not  make the cure worse than the disease.)

Mostly, Trump ended up being demonized  by the left and the media for how he spoke, not for what he did. Now he is being censored on both Facebook and Twitter, his election day broadcast was interrupted and taken off the air by a number of lamestream media stations. Apart from being incredibly disrespectful to the office of President, they really are showing their true colours now.

The media has  called the election (which is not their place to do),  and it  did not happen when Al Gore asked for a recount in 2000.

Either Trump will prove voter fraud, which will destroy the Democrats  or Joe Biden will actually take office, which increases the chances of the presidency being handed to Kamela Harris in due course. Mind you, being a puppet for the elites, all Joe Biden needs is a pulse.

The Sheeple will come to regret their stupidity. 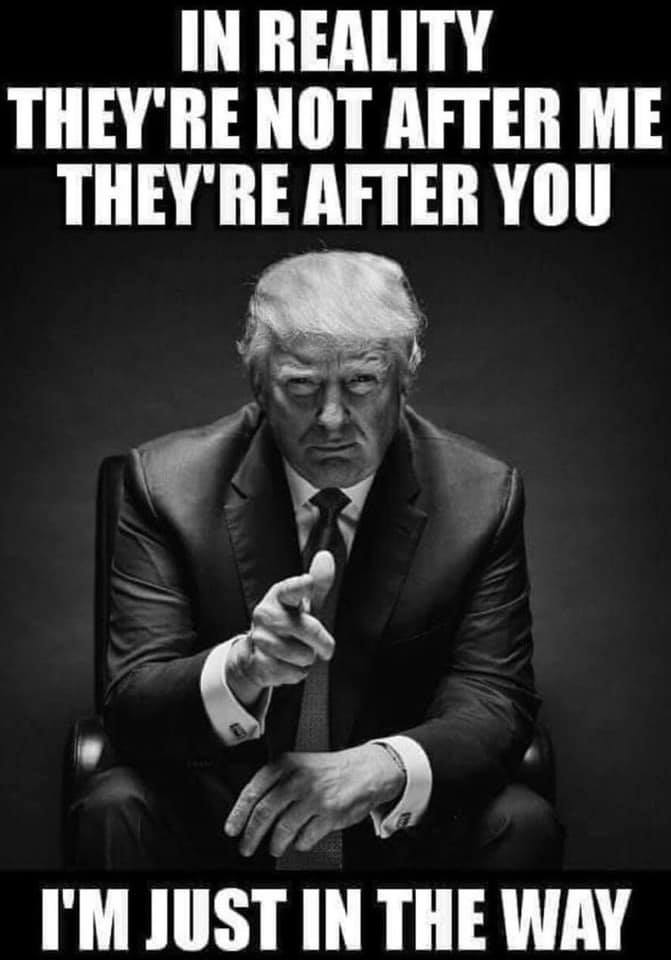 Newbie Protesters who believed that it was now legal to protest the harsh Victorian lockdown and Dan Andrews’ government of lies, found themselves encircled by VicPol, blocked in a three way intersection.

The police deliberately kettled people and pushed them together so they could not socially distance. And then they arrested them for not socially distancing. It was a set-up, pure and simple. If they had just allowed it to go ahead as planned, people would have spread out.

Instead, protesters were tackled, thrown to the ground, peppersprayed, arrested and processed, with around 4oo fines handed out.

If protest is really so dangerous, then why was the BLM rally not a superspreader? Or maybe it was? You can’t have it both ways.

What has become obvious, is that Chairman Dan is more than happy to send his private army to destroy dissenters.

Unfortunately some blame must fall on the organizers of this event who chose a problematic location and failed to keep people safe. Updates to “not let yourself be encircled ” and move “north” were sent, but were too vague to get their message across to people who believed that socially distanced protesting was legal. 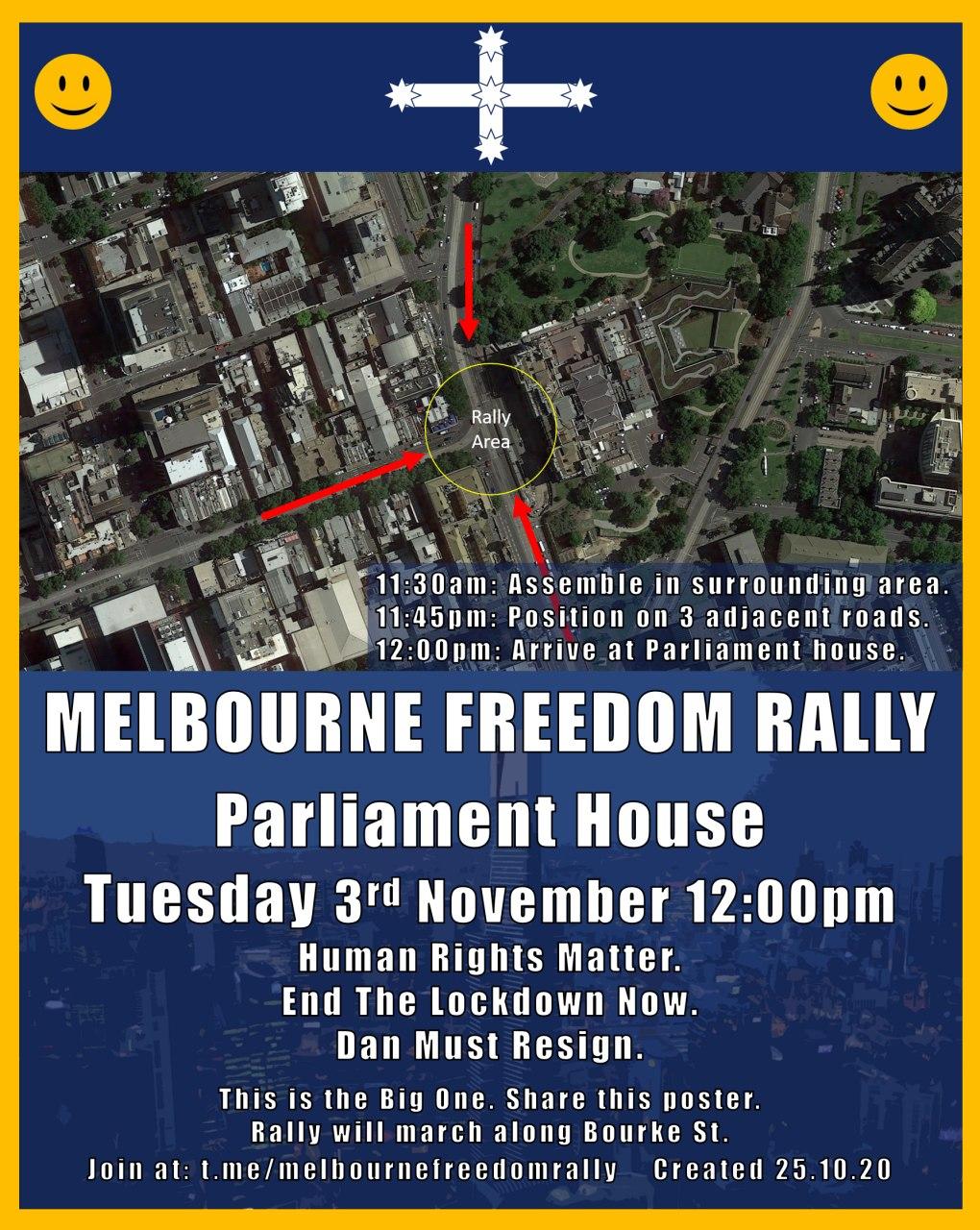 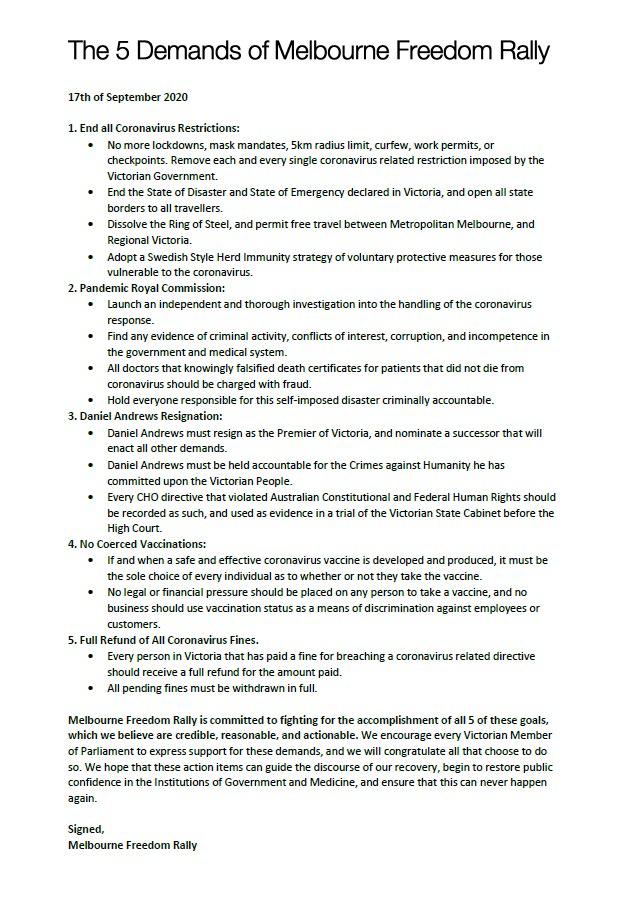 Time to get your popcorn or a cup of coffee and be prepared to be shocked, and then later enlightened.

Firstly we’d like to thank the brave souls who are attending these protests, your movement is growing exponentially, possibly faster than Dictator Dan Andrews megalomania.

An Agent Provocateur is a person who attempts to create trouble in a protest. Some are police or other government agents , some are counter protestors, some are just mentally ill, some are more than one category. Police and governments have long used infiltrators to gain information, misdirect, betray or entrap protestors and their protest groups.

In the above video what we most likely witnessed was a sneaky but brazen attempt from a police officer to direct a snatch squad but attempt to remain hidden in plain sight at the same time. His actions are only really obvious for 10 seconds and then he is gone. Even after this is not immediately obvious what happened.

So how does one spot an agent provocateur or undercover cop?

There are many ways.

Talk to them see what they know about the issues you care about, mostly they have only a superficial understanding, completely incorrect ideas or none at all. Be sure to lecture them and correct them, who knows they might actually change sides while they are listening to you. They can’t be doing damage in other places while listening to you. Some AP’s refuse to listen to the issues, a real red flag.
Their back story, where do they live what do/did they do for a living? Where did they go to school? who else to they know at the protest. Have they protested before? Does their story stack up? Cross reference it with other people.

What they are wearing. Cops have a very specific way of dressing even when undercover. They have a uniform attitude which really stands out. pay close attention to the shoes, cops seem to really love those hard wearing durable leather shoes.

Who do they know. AP’s often work in teams and occasionally will talk to each other, but you’ll notice those two people seem to have nothing in common. AP’s have a secret diffuse network of other AP’s who have little in common and they seem to refuse to ever meet in a groups in the presence of other protestors.

They cause trouble. AP’s start arguments, they want to know who is friends with whom and then attempt to break up friendships by starting arguments and spreading poisonous rumors and allegations. AP’s usually want to understand the hierarchy of a protest group and either ‘white ant’ the leadership or insert themselves into it. They are always interested in future plans.

But you can learn more on the subject of Agent Provocateurs with a web search.

After Vic Pol declared the protest legal, Dick-Tator Dan promptly declared it illegal and used police as his private army to suppress dissent. It didn’t work this time, as the police were outnumbered by thousands of protesters. Still, the mainstream media chose to lie about the numbers and also claimed the protest was violent instead of peaceful. The only violence came from VicPol and one of their horse-hating plants.

Here we go again , round 3, this is how it all started in July :

“East Preston Islamic College was closed on Wednesday following a positive test for a Year 5 student who should have been isolating due to a close contact’s infection.

DHHS is planning a testing blitz in the northern suburbs of Melbourne and is urging anyone with symptoms to get tested.

Additional cases linked to this outbreak have also been identified in a social housing block in Broadmeadows. The Department of Health and Human Services has issued advisory notices to 120 residents asking them to self-isolate for 48 hours, to get tested and to monitor for symptoms.”

Anyone who still thinks this virus can be fought with extreme lockdowns is simply kidding themselves.