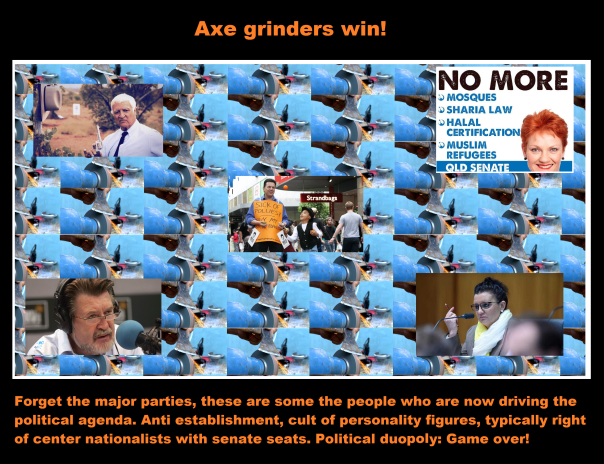 With the the votes for the lower house still being counted, it seems a hung parliament (or one with a razor thin majority) seems likely. So into this precarious situation the axe grinders have gained significant power. A bloc of anti establishment senators have emerged along with a lower house maverick Bob Katter. Any lower house government that does form will be beholden to king-maker blocs in the lower and upper houses.  So it really doesn’t matter if the parliament is notionally Labour or Liberal, the political agenda is now set by the axe grinders. As many as a third of voters have voted for a third party in this election, which really shows disenfranchisement, fortunately there have been many third party options to scoop up this voter demographic. We sow, we reap….