Fairfax media, one of the few large non Murdoch/Fox  controlled media companies in Australia, has announce the sacking of 120 ‘journalists’. Fairfax owns mastheads such as ‘The Age’ and the ‘Sydney Morning Herald’. There has been a perception in the public that online newspapers (and commercial media in general) resemble nothing more than an Facebook group, with most content simply shared without checking sources or copied and pasted with little thought. So it turns out that copying without thought can be done easily and cheaply by computers. 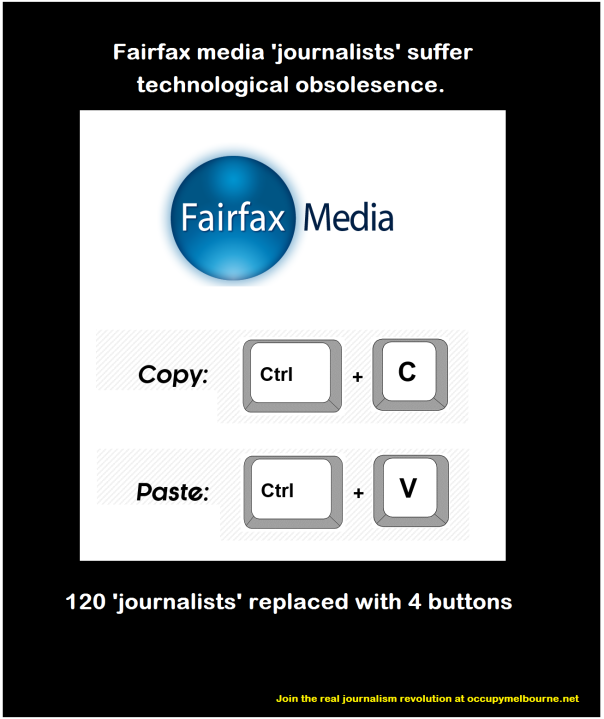 At least you will have more time for Facebook now.