Straight out the the I can’t believe it files, One of Australia’s leading ISIS/Daesh internet shriekers turns out to be Joshua Goldberg a 20 year old Jew living with his parents in Florida USA.

What, what, I thought ISIS/Daesh was supposed to be Muslim fundamentalists!

There has been growing suspicion that ISIS/Daesh is actually a Israel run operation to ethnically cleanse the middle east to make space for a larger Israeli state. Pretty clever trick to make everyone else thinks that Muslim extremists did it while you move the border fences.

This might be comical except for the fact this ultra troll has been encouraging terrorist acts of violence, in Australia no less.

This terrorist has had dozens of account on multiple forums and routinely using his sock puppets to fight each other to draw other people into his completely synthetic dramas.

Then using these drams to drive further insane dramas, he created a never ending race to the bottom of twisted logic to easily bamboozle the foolish SJW crowd. 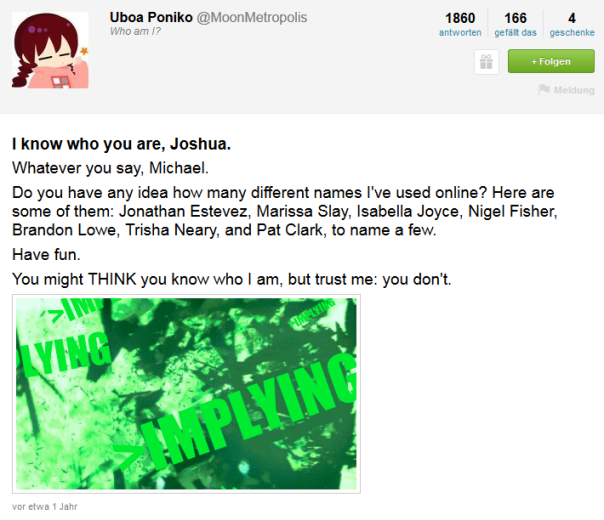 Joshua Goldberg boasts about his many online personas. 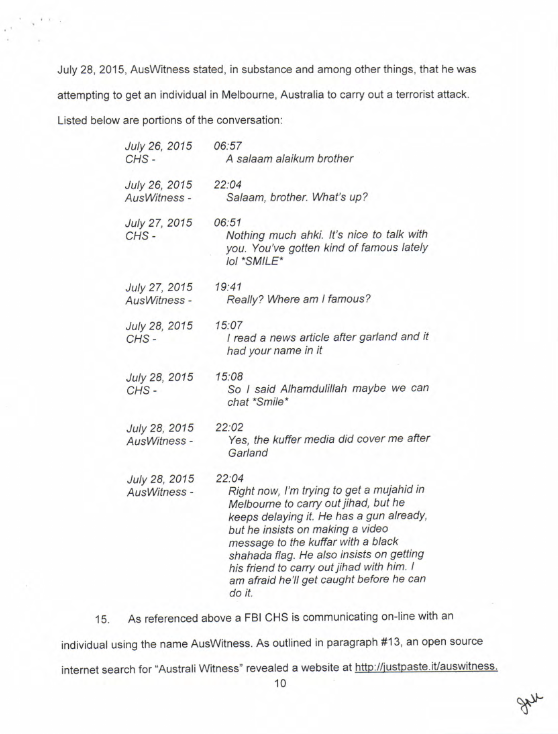 Goldberg admits to attempting to incite a terror attack in Melbourne Australia. 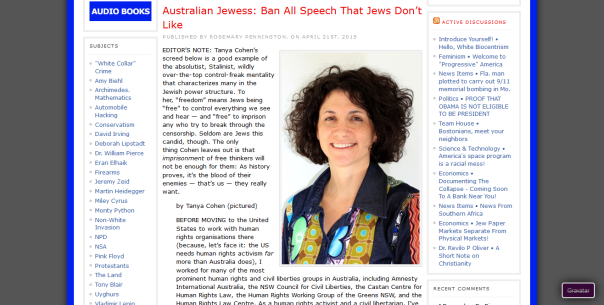 Goldberg has also been impersonating this Australian online, but using a picture at least 20 years younger.  Are they actually working together and using plausible deniability? She has some pretty extreme views.

Because of the extensive use of Tumblr by this terrorist is creating and maintaining a persona in Australian  head of the AFP Mick Keelty has demanded that Tumbler be shut down.

When question about the severity of the move and the inconvenience to the public Keelty responded:

We have to shut town Tumblr to stop the terrorism, I’m sure life will go on. Tumblr’s primary user base is fat/ugly women who use the site to blame men for their problems and complain about being dateless and miserable.  -Mick Keelty

Keelty commented further stating that people really need to question the facts and views they read online, because otherwise they might find themselves embarrassed by supporting/quoting a troll or being caught up in a very clever ruse.