Courageous Chrissie Hynde Dares to Tell It Like It Is

Musician Chrissie Hynde has come under attack by the PC infested media for speaking candidly of women’s roles in rape.

“If I’m walking around and I’m very modestly dressed and I’m keeping to myself and someone attacks me, then I’d say that’s his fault. But if I’m being very lairy and putting it about and being provocative, then you are enticing someone who’s already unhinged – don’t do that. Come on! That’s just common sense.”

As one can imagine the reactions were largely unappreciative :

Dear Chrissie Hynde. NOTHING ever justifies the rape or sexual assault of a woman. It’s the abusers fault only. Love. A Man”, tweeted Antony.

“Thing about rapists is that they’re rapists. They don’t care what victims wear. Their impulse is to rape. They’re rapists. Chrissie Hynde”, wrote Jill.

Of course they are wrong and she’s right, all she’s saying is that it depends on the circumstances, but speaking the truth in this day and age will get you mostly contempt.

Chrissie, not be deterred of course, went even further, by accusing her fellow musical colleagues of prostitution:

“Women who sell what their product is by using sex – that’s prostitution,” Hynde was quoted as saying.

There you have it, the plain truth spoken by a great female role model.

Submission and Freedom Are Mutually Exclusive

Transactions totaling $174, an initial payment of $54 followed by 8 monthly payments of $15 for the period between 22 October 2014 and  19 June 2015, were discovered attached to the name of Hamza Andeas Tzortzis.

Of course he has tried to deny it.

But here’s the data:

We removed Hamza’s physical address from this transaction data because we’d like to give him the chance to run for his life.

There are another 16 lines of his monthly payments, but accounting is a bit boring.

Gee that’s an odd IP address for some who live in the UK,  Sydney Australia?

Maybe Hamza has a point….

Well, then you do a little more digging and find out that that is exactly when Hamza was in Sydney, and don’t say we are making it up, its on his own blog.

He admits he was in Sydney on that exact day, on his own blog.

Hamza Andeas Tzortzis: A massive hypocrite who by his own words should be stoned to death for adultery.

So Muslims please show your devotion and stone the adulterer to death, it’s your belief system, I just want you to be consistent with it.

So just in case you have forgotten your procedure, I have included a quick tutorial to make sure you get it right. 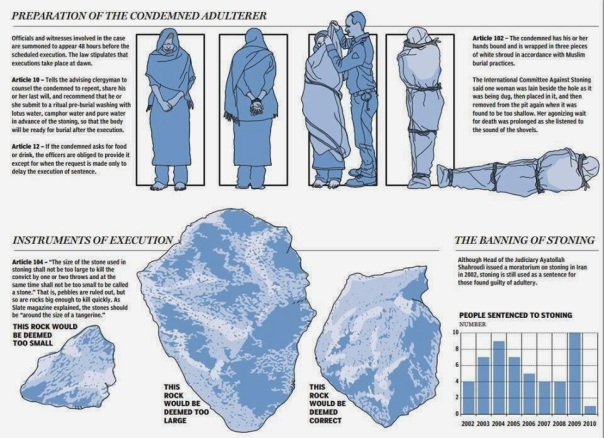 So why exactly are we allowing these insane hypocrites into Australia?

Is ‘The Left’ finally finding its voice in the protest against Islam?

Some funny videos by a moderate “lefty” in reaction to far-left social justice warriors who don’t know how to protest and don’t understand what they are protesting against. Arguably he represents a large chunk of mainstream Australia.

So in our race to the bottom of corruption legal and political system, we have a Royal commission head being accused of corruption, by the very people he is attempting to prosecute.

You really have to laugh at the system attempting to give itself legitimacy when its becoming blatantly obvious that every part is so thoroughly corrupt that there is no real hope for a reasonable settlement.

In a move reminiscent of a chapter from Neuromancer, a secret group of hackers stole a corporate database and apparently ransomed the corporation using the stolen data as leverage.

The data release proves several frauds of the corporation:

*User delete service, where the user details are not actually deleted.

*Misrepresenting the users chances of success of product use ( the ratio of real male to female accounts was possibly as high as 1000 to 1).

Of course this will lead to more lawsuits against Ashley Madison who have in the past paid out on misrepresenting their user base for a profit motive.

You will need a torrent service to download the database.

So if you are thinking this fraud is isolated you might be surprised that any organized paid for dating service is a fraud.

Check out fraction reserve speed dating whereby fictitious single women are invented out of thin air to create the appearance of a actual market, and fleece the suckers chasing a mirage.

This video seems to sums up the situation as it stands, adult language used in places, but its an adult topic so not a surprise really.

The number of fembots in the Ashley Maddison database was well hidden, here’s how it was done:

Politicians and journalists have fallen foul of their Vegemite black label addiction.

Due to increasing reports of rambling idiots in the remote community known as Canberra,Vegemite sales have been banned. A particular culprit was the ‘Black label’ extra strength Vegemite known to turn an  inoffensive politician into a rambling belligerent idiot.

The Vegemite corporation spokesman stated today:
“It’s sad we have had to restrict sales of our iconic product to this remote community, but in light of recent events its
probably best we remove our product from these brain dead Canberra retards”

For those unfamiliar with Vegemite. Imagine a chocolate colored grease that is edible and has a very salty yeasty sticky taste. The best description is if you boiled down a 4 six packs of beer until it reached the consistency of a paste, Vegemite would be similar.

It is commonly consumed on buttered toast or in sandwiches, or served to unsuspecting foreigners, though the possibilities are endless.

Having become a divisive character due to her propensity to eject opposition questions on the flippant grounds of house standing orders 94a, its a surprise that she was finally undone by her travel expenses rather than outrageous bias in subverting democracy and deflecting criticism of the government. Philip Ruddock is touted to be her replacement, and many wonder why he was not the speaker from the beginning of this government.