The Recycled Food Network has been operating every night of the week since July , providing leftover cafe food to the homeless.  It was a spin-off from the Occupy Melbourne Free Kitchen, which has been running on Sundays (previously Tuesday nights) for about a year now , inspired by the Occupy Sydney Homeless Initiative.. Other Occupy Melbourne initiatives were the Free Shop (started in October 2012, at the OM one year anniversary), later renamed the Friday Free Shop which continues to run, and the Bentleigh Free Shop which ran during 2013

The Free Kitchen and Free Shop catered for everybody, not just the homeless, but the same principles apply : non-religious and in the spirit of brotherhood rather than charity. 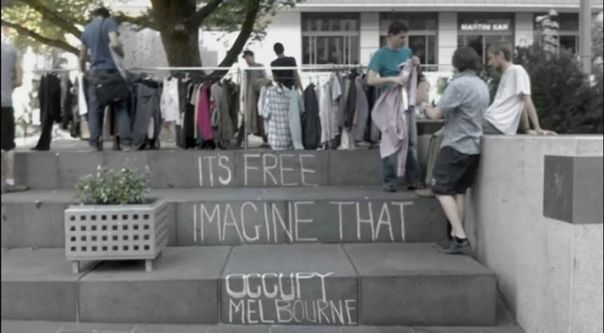 The Age ran an article today saying that the Recycled Food Network was completely  unrelated to the Occupy Movement, which is not exactly true, as the RFN is even converging with the OM Free Kitchen on Sunday afternoons and sharing the same equipment. Just setting the record straight here, as all the above initiatives are about the only constructive things that came out of OM and deserve recognition as such. 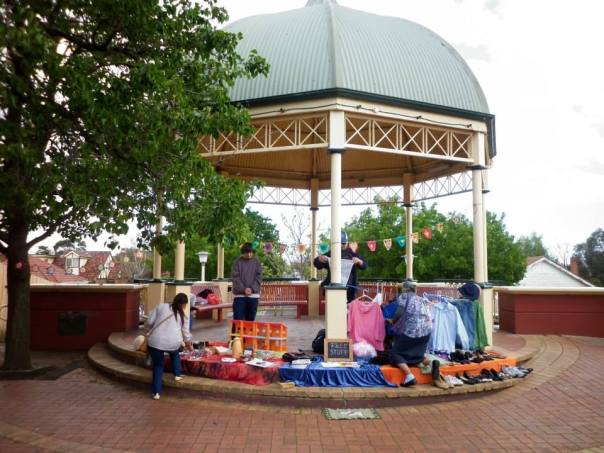 Here is a link to The Age article :http://www.theage.com.au/victoria/guerilla-city-square-food-stall-feeds-melbournes-homeless-20140917-10i1z1.html