Hong Kong protest from the air

This should give you an idea of the scale of the protest.

The footage is from a drone owned by a protester.

*There is no audio (sound) so don’t bother turning up the volume.

Some things never change, always have a good shield.

Of course the cop was never charged for the offense of stealing $1000 from an old woman while raiding her house for allegedly selling cannabis.

Shane Allan Sterling a detective with Queensland police steal $1000 from a house being raided. He was unwittingly caught on security cameras and later dismissed. Check the date stamp; exactly 6 months before Christmas. An anti Christmas?

Occupy Central with Love and Peace

Global Solidarity Campaign: Support the Fight for Democracy in Hong Kong
We are a coalition of overseas Hongkongers who are organizing a series of solidarity actions to voice support for the weeklong class boycotts and democracy movement in Hong Kong.
On Saturday, Sept 27, 9 cities in Bosnia, Canada, the UK and the USA will be leafleting, organizing stand-in or protesting to demand democracy in Hong Kong. Organizers in Berlin will be hosting the event on the following day, on Sept 28.

In response to China’s planned erosion of democratic electoral process in the SAR of Hong Kong  (China proposing to only allow their approved candidates to stand for election), an occupation has begun.

The people republic of China has always held democratic reforms as being dangerous and unpalatable and to this day many Chinese residents are completely unaware of  the Tienanmen square pro democracy protest from 1989 and the gruesome way in which it ended.

Many of the protesters have taken to wearing eye protection with some using a improvised saran wrap (AKA cling film/ glad wrap) as a ‘better than nothing’ protection from presumably noxious gasses that may be released by authorities to break up the protest.

Thousands take to the street in Hong Kong in protest of Chinese government wanting to reduce democratic freedoms.

These guys are smart they are going straight to the heart of the beast, threatening to disrupt banking and finance in Hong Kong.

Occupy Central appears to be under attack from police right now. 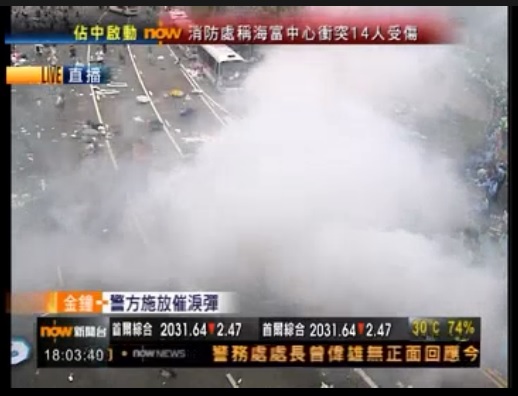 Hong Kong Police use several rounds of tear gas. Most protesters remain crowds estimated to be as many as 30,000.

Plainly explaining that its not freedom just because someone calls it freedom, it has to have the properties of freedom.

It harks back to Stefan Molyneux’s explanation ‘the world is a farm’  and ‘to know the farm is to leave the farm’.

When? Almost always because the Koran is a book detailing the expansion of an empire by the use of  extreme violence and terror. Islamic leaders always fail at preventing radicals, because the radicals are closer to the Koran in their actions than the Imams.In Islam the radicals control the moderates ( and use violence to gain control) unlike many other religions. The Imams are just there to appease the locals and keep the Islamisation of the host nation in progress.

From just over 2 years ago: 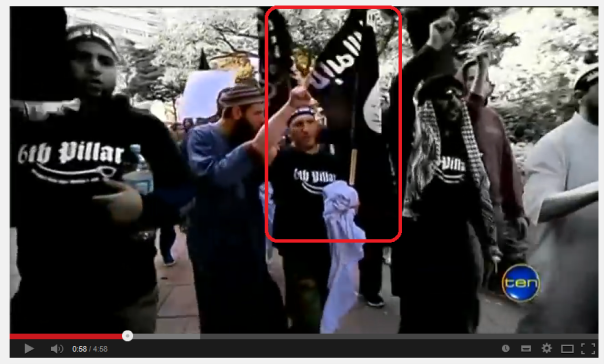 at 1:27  ISIS terrorist who made his kids hold up a severed head. 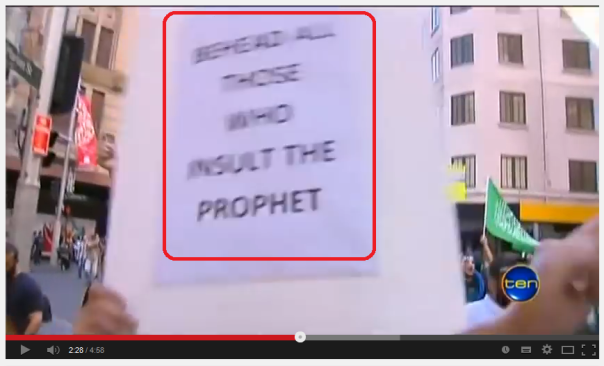 This was years ago and nothing has changed. 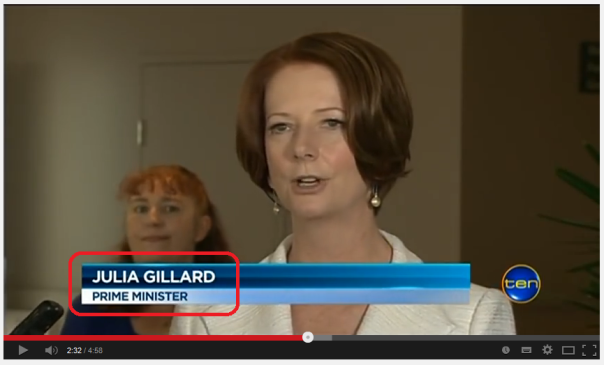 These latest claims by Islamic leaders will not  quell the violent nature of this community, they raise their children with violence and breed them to hate. Its just a tactic to attempt the reduce the blowback from the host nation’s people’s calls to reject the foreign fascist ideology growing in their back yard.

Does this guy look familiar? 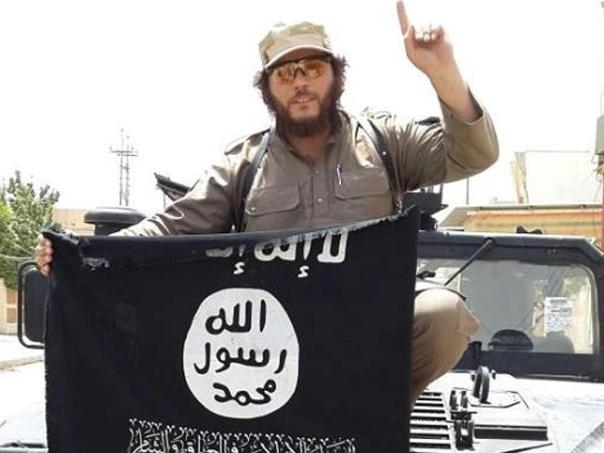 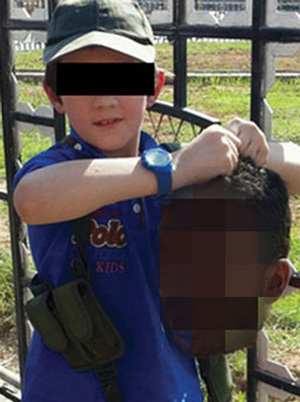 Yeah from the video from 2 years ago. Did the Islamic leaders prevent him from becoming radicalized? Did they prevent him from going to Iraq to be a terrorist? He even took his son to pose for photos with a  severed human head. Find out more about this ‘religion of peace’

In his latest video, “Laughing at the inquisition” atheist Irish comedian Pat Condell pokes fun at the hypocritical “moral high ground” of the far left:

” There are many reasons why I could never be a progressive. Not least because I’m genuinely tolerant of difference
I believe in diversity, especially diversity of opinion, which is something progressives seem to feel threatened by.

A kind of progressive inquisition has developed to stamp down on opinions that are “incorrect”.

I think this is because most progressives inhabit a self-reinforcing social or p[rofessional bubble where everyone carries around the same shallow unexamined assumptions.”

Huge number of ill informed people have been very excited about planetary temperatures recently. It’s surprising they care about something so much without knowing the basic facts about it.

For people who think the earth is only a few thousand years old.

So today’s temperatures is nothing remarkable,  considering the last few thousand years there have been 5 significant warmer periods. There is even poetry from the medieval period lamenting about crop failure from climate cooling. They used to grow lots of grapes in England when it was warm there, so many streets are called ‘vine street’  no grape vines have grown there for hundreds of years. Look at the warming between 1600 and 1850, a long time before the large scale burning of oil, so clearly that wasn’t the cause. Since 1998 the world appears to have been cooling. If this doesn’t make sense, maybe you theory is wrong.

For people who believe the world is billions of years old.

Those dinosaurs, gee its been getting colder since they died out, yeah for the last 60- 100 million years or so. In the 1970’s scientist were very concerned with a coming ice age, you can see why they might have been worried about future cooling if you consider this chart.

So there you have it, believe in a world a few thousand years old or billions of years old,

sudden heating caused by people is not likely nor realistic.