The two most common accusations thrown at critics of Islam are racism and islamophobia. Racism is easily  refuted :  Islam is not a race but a belief system. Anybody can follow this belief system, no matter what their race, in fact Islam encourages them to do so, otherwise they would be called  “Infidels”.

Here is an example of a famous ex-muslim apostate, who, apart from other idignities, suffered genital mutilation as a child, but is now classified (by some) as a right-wing racist bigot in her new homeland , the United States Of America : Ayaan Hirsi Ali. 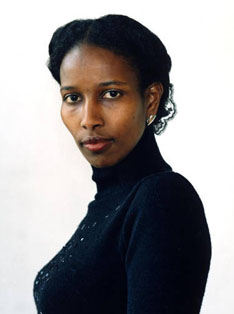 Which leaves the term “Islamophobia”, which is not even a recognized word.

Ali Sina, an ex muslim apostate , who is behind  faithfreedom.org has this to say about the term:

“Islam is a belief system. It is a human right to disagree with any belief. Calling that disagreement “phobia” is a logical fallacy. Islam is the only ideology, whose followers try to discredit its critics by calling their criticism “phobia”.”

The detailed version of his article about “Islamophobia” can be found here: http://www.faithfreedom.org/oped/sina60526.htm

Posted on June 22, 2014, in 1Uncategorized, Cognitive Dissonance. Bookmark the permalink. Leave a comment.