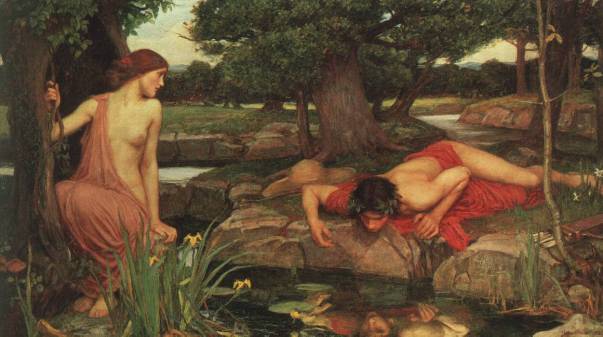 Interestingly she cited Facebook and reality TV as major sources along with overly doting parents (you’re so special) and easy credit to live out the fantasy life.

She has been saying this for years, even at a conference in Melbourne over 3 years ago.

A study Jean Twenge  conducted of 16,000 university students across the US showed 30 per cent were narcissistic in psychological tests, compared with 15 per cent in 1982. ”They are all 18 and 19-year-olds, so this is clearly a generational shift,”

Of course there are subtle aspects to this the overconfidence of narcissism makes successful stock traders overconfident. Over confidence is good in a rising market but disastrous in a falling market as trader will have fewer fall back positions and be poorly hedged. While traditional investment theory states market generally rise, traditional market theory was developed in an environment where oil supply was expanding one decade to the next. So now there is no great expansion in oil, our specially preened narcissists at the helm of the financial system are a liability rather than a benefit. The only way to expand the financial system is to encourage horde of young narcissists to create debt-money with credit card spending, its no surprise this epidemic has been encouraged.

Facebook; one of the most insidious tools of narcissism was funded by people with links to shadowy connections in the US government. Seriously how could you run a site with hundreds of millions of users without receiving money from somewhere, think about where that somewhere was/is.

This of course bring us to the first Facebook president, Obama. Obama campaigned  heavily on Facebook edging out Hillary Clinton for the Democratic nomination to go head to head with McCain, was it not for Facebook, likely Hillary would have got the nomination. Look at the narcissism overdrive we see in Obama, two Auto biographies before 45.

It all reminds me of a quote I remember from an occupier.

Nick Carson, Oh my god, what a narcissist! He hijacked Occupy Melbourne.

The worst part was that there were a hundred more just like him, waiting around ready to take his place.

At OM a problem we could see that was hard to address was gen Y hipster narcissists, and narcissists in general. The kind of self deluded people living in a self constructed fantasy world who will lie, cheat and steal if it gets them what they want. Narcissists think they are smart and greatly able, but its only because they thrown all of their failures into a memory hole or blame some one else for it. Narcissism the disease that will rot any community, tents or no tents.

Roughly 1 in 3 in Gen Y is clinically a narcissist, that’s very scary considering how much and how fast this delusion has grown in just a generation, what if its 50% in the next generation?