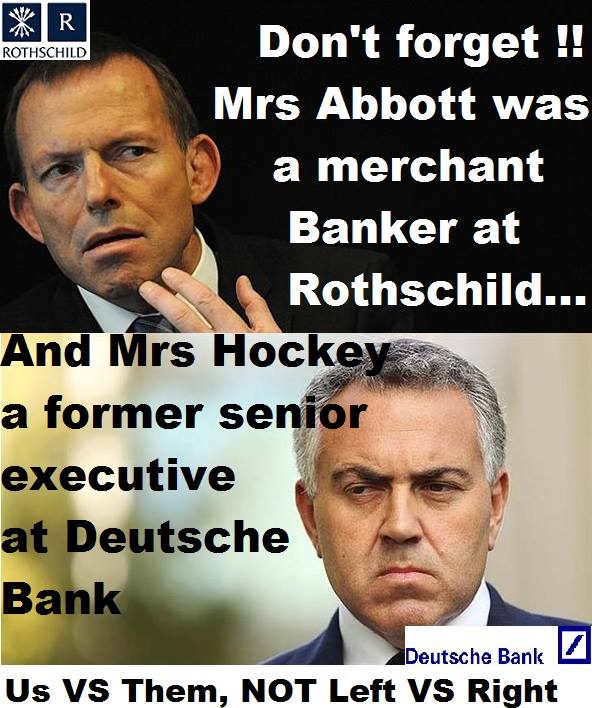 I wish we could all ‘do the heavy lifting’ like Tony Abbott and his family are.

Dad bringing home 500,000 per year with a guaranteed superannuation of 200,000 per year plus perks, Daughter getting a full scholarship to university, Mum used to work for the Rothschild’s (masters of of the financial universe) bank. Gee they are doing it tough! Well they would be doing it tough if the average wage was 2 million per year, but its not. This greedy pig has his snout in every trough and is as corrupt as they come. He has the audacity to talk about doing things according to the constitution. Well Mr Abbott, the Australian constitution I have read clearly specifies the penalty for treason as being, death by hanging. What is does not specify is where the culprit is to be hanged from. Honestly, it’s looking more and more likely that Tony Abbott will be the first sitting Prime Minister of Australia to be hung for treason, and I suggest that if we can’t hang him by the scrotum we’ll hang him by his ankle…until dead.

Old money is behind politics, as the puppet masters.