← Women investigate gender monocultures
Is this the new crash? the Hindenburg Omen →

Summary: The National Security Agency has been violating your privacy for over 50 years. And you’ve just suddenly become aware of this now? 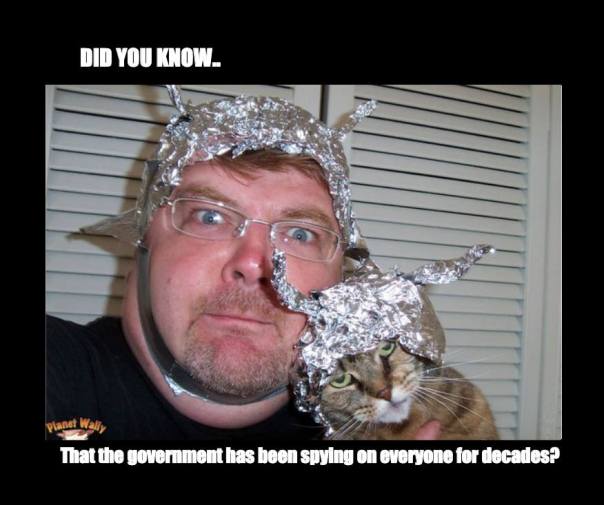 In June 1952, President Harry Truman (that would be president number 33, the same guy who authorized the only nuclear weapons releases during wartime) signed a secret order that formed the National Security Agency, which in and of itself was an outgrowth of the Armed Forces Security Agency (AFSA), formed in 1949, which was to coordinate the communications and electronic intelligence activities of all the US military intelligence units.

The formation of the NSA took this a step even further to a national level, and extended its reach beyond the armed forces.

The mission of the NSA, by US law, is limited to monitoring foreign communications, whether it is electronic intelligence (ELINT) or signal intelligence (SIGINT). The CIA, by comparison, mainly acts on human intelligence gathering (HUMINT), and the National Reconnaissance Office (NRO) primarily uses satellite space imaging as their main assets.

Monitoring of domestic communications has traditionally been the purview of the Federal Bureau of Investigations (FBI).

What is critical to understand here is that until 9/11, these organizations did not share information freely with each other, and the events of that day were a wake-up call for this country’s anti-terrorism initiative, because the tragedy almost certainly could have been averted had the NSA, the CIA, and the FBI been working more closely.

So, while the NSA’s legal charter limits them to foreign communications, in reality, foreign combatants (terrorist organizations and state-sponsored entities) will have used US-based systems to conduct their operations. The US Patriot Act has made NSA wiretapping on US soil something of a gray area, particularly now that the NSA, the CIA, and the FBI freely exchange information with each other in the interests of national security.

Monitoring telephone and data communications of the agents of hostile entities extends even further from the NSA into a program known as ECHELON, which has been rumored to exist since at least the early 1960s, in the formative years of the Cold War, and is a shared system with the commonwealth nations of the United Kingdom, Canada, Australia, and New Zealand.

…So to say that the NSA harvests and analyzes a lot of the personal communications and data of US citizens is shocking is a lot like being surprised that McDonald’s buys millions of pounds of potatoes every year to make French Fries. Or: Oh my God, Starbucks serves coffee? William Shatner wears a toupee? The pope is catholic? You get the idea.

Posted on June 21, 2013, in Surveilance State. Bookmark the permalink. 1 Comment.

← Women investigate gender monocultures
Is this the new crash? the Hindenburg Omen →