← Candle Vigil For Refugees
On A Lighter Note… → 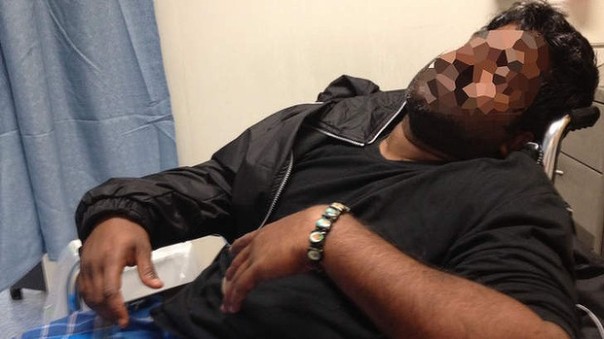 A GROUP of hunger strikers protesting against their indefinite detention in Melbourne’s north have marked Tamil New Year by drinking a mouthful of water.

The 27 hunger strikers at the MITA detention centre in Broadmeadows have entered their seventh day of refusing to eat until the federal government addresses the situation that has left them in limbo for more than three years.

The 25 Tamils and two Burmese Rohingyas have been granted refugee status but had their release into the community refused due to adverse ASIO assessments.

The men are refusing to go inside and have remained in the grounds day and night.

Speaking through the Tamil Refugee Council, one of the hunger strikers said they have become very tired and weak but were buoyed by national and international support for their cause.

“I can see many of my friends getting weaker but all of us are together as one and determined to go on until the Government does something about our situation. We are here until there is a resolution one way or the other.”

The men are among 55 recognised refugees refused visas after security agency ASIO branded them a threat.

Most of the strikers have been in detention for more than three years without being told the details of allegations against them and with no right of appeal.

In November the government appointed retired Federal Court judge Margaret Stone to review the findings, though ASIO has veto rights over her decision.

“This is Australia’s Guantanamo Bay. How can such a thing be happening here?”

Posted on April 15, 2013, in Actions & protests, Broadmeadows. Bookmark the permalink. Leave a comment.

← Candle Vigil For Refugees
On A Lighter Note… →