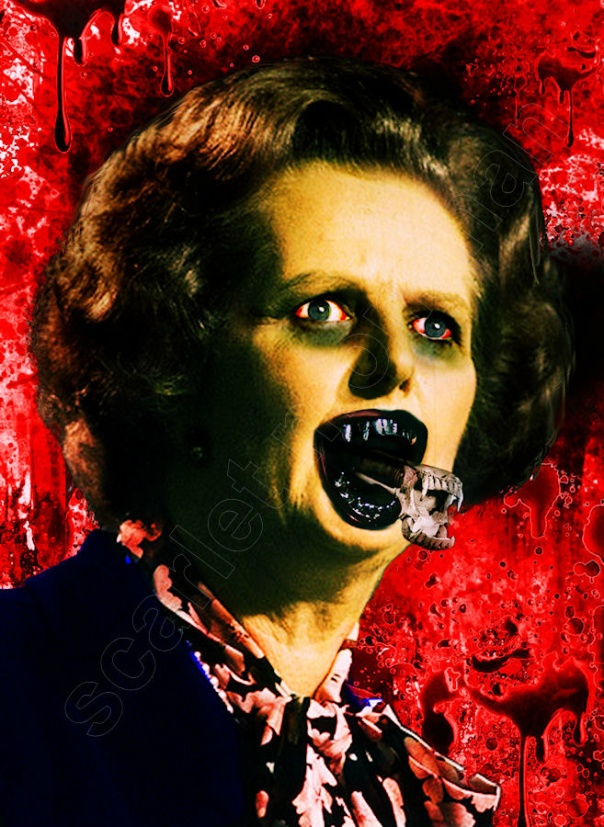 Not only did she invent the idea of anthropogenic global warming in order to break the coal miners union, only to conveniently become a climate sceptic later on, she also put an end to a free milk scheme for primary school children which had been introduced in Great Britain post world-war 2. (I guess she made schools install coke machines instead?) and privatized absolutely anything she could get her hands on.

“She created today’s housing crisis. She created the banking crisis. And she created the benefits crisis,” he said. “In actual fact, every real problem we face today is the legacy of the fact that she was fundamentally wrong.(Former London Mayor Ken Livingstone)

Apparently she was Robert Doyle’s hero. Now that explains a lot.

For those who doubt Margaret Thatcher’s links to global warming, watch this:
(notice how she mentions “sacrifices”? The fist specific sacrifices were the coalminers wages and conditions)